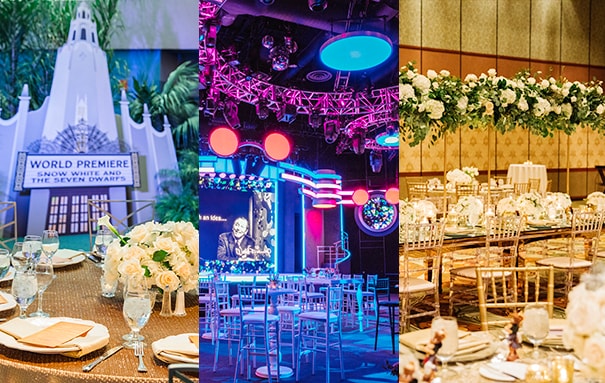 During the recent D23 Expo 2017 in Anaheim, Calif., our Disney Meetings team hosted a series of private events at Disneyland Resort for meeting and event-industry professionals. The bi-annual Disney fan convention celebrates The Walt Disney Company, so the Disney Meetings team created three unique events inspired by the legacy of Disney history.

Let’s take a special, behind-the-scenes look at the sensational dinner events hosted each night during the #D23Expo:

Night 1: The Man Who Started It All This kick-off celebration, held in the new private-event venue, Starcade, inside Disneyland Park, was dedicated to the man who started it all, Walt Disney. The room was decorated to pay tribute to the movie that started it all, Walt’s first feature-length animated film, Snow White and the Seven Dwarfs (1937). A replica of the Carthay Circle Theatre, where the film originally premiered, was the event’s focal point. Every detail was an exquisite summary of the night that changed Walt’s life and was the catalyst for his career. 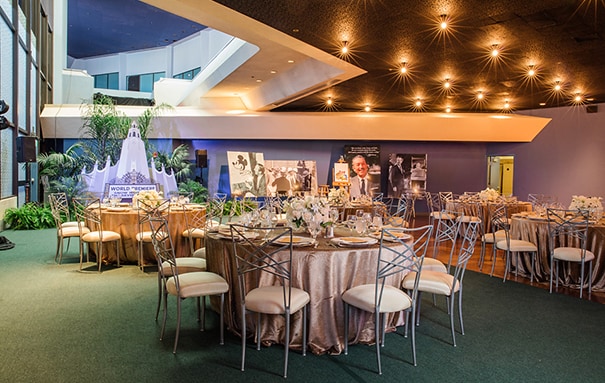 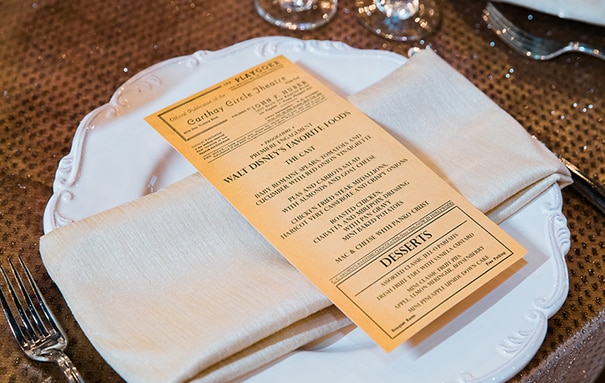 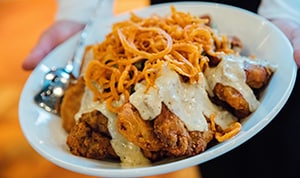 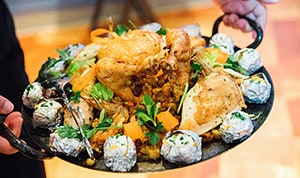 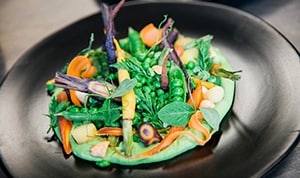 Night 2: An Evening Inspired by The Future of Disney’s Animation 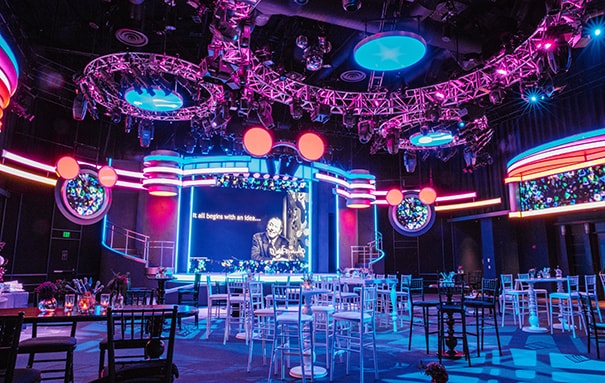 Moving from the classic black and white theme of the first night’s event, the second evening’s dinner event focused on the colorful and modern—paying tribute to the evolution of The Walt Disney Company, and the vibrant appeal of its animation, theme parks, and resorts. This dynamic event, held in Disney Theatre inside Disney California Adventure Park, featured a contemporary palette of bold colors, artistic floral arrangements, and even a radiant, Mickey Mouse-shaped disco ball. 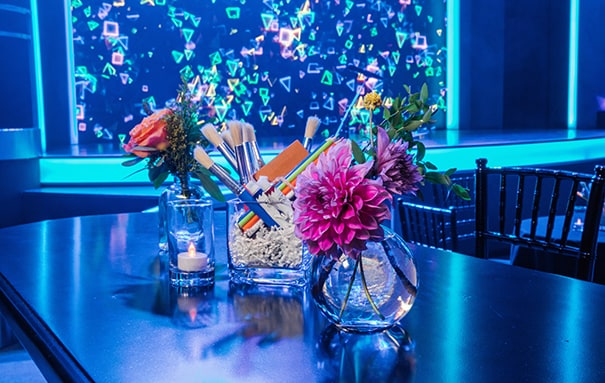 The dinner was equally as festive, with a magnificent menu highlighting contemporary cuisine. 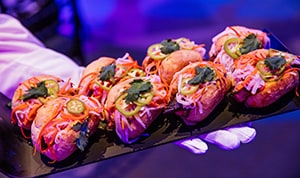 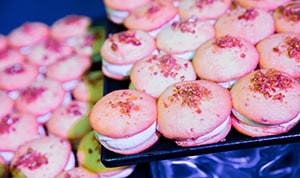 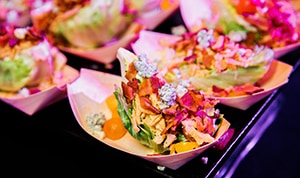 The colorful night ended with a World of Color Dessert Party, where attendees watched the dazzling water show from a private viewing area. The dessert menu featured an assortment of cheeses, fruits, macarons, cakes and cookies. 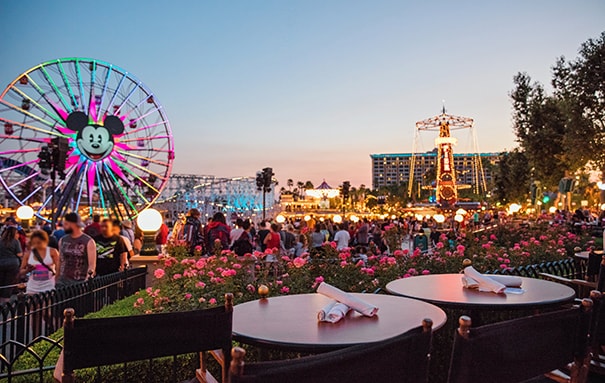 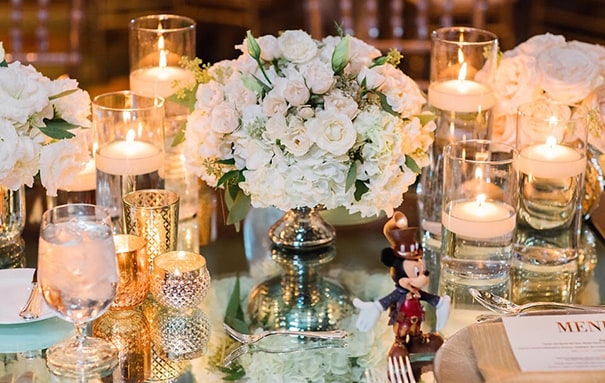 The closing event was an elegant affair, hosted in the Sequoia Ballroom at Disney's Grand Californian Hotel & Spa. The soft rose and feather floral arrangements, combined with glowing candles, added a feeling of serenity to this breathtakingly beautiful event. 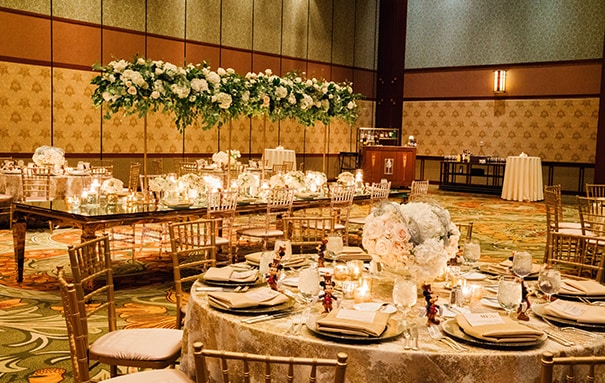 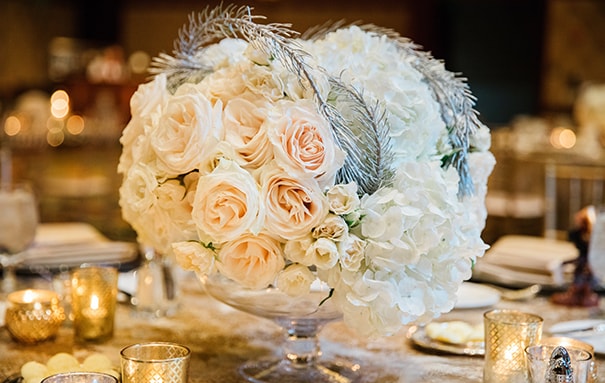 The highlight of the evening was the remarkable menu of culinary delights. Not only was the unforgettable meal created by Disney’s award-winning culinary team, it featured an interactive element where Disney chefs invited the guests into the kitchen to enjoy the cuisine as it was freshly prepared before their eyes. 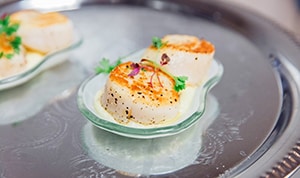 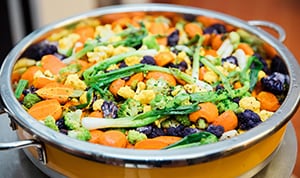 Tell us – How does this sensational series of events inspire your event planning? Let us know on Facebook, Twitter, or LinkedIn using hashtag #DisneyMeetingsBlog.