We're thrilled to share a first look at the major expansion and exciting enhancements coming to Disney’s Coronado Springs Resort and Disney’s Yacht & Beach Club Convention Center! Over the next 24 months, the dramatic transformation of these Disney convention hotels will make them even more appealing to meeting, conference and convention planners, and their attendees.

Each of the resort’s existing Guest rooms are also being fully re-imagined with new features and amenities that appeal to savvy business travelers, such as a new desk space, beverage station and more. When complete, Guests will be able to conveniently connect to other areas of the resort via a series of bridges and walkways that pass through an island oasis. 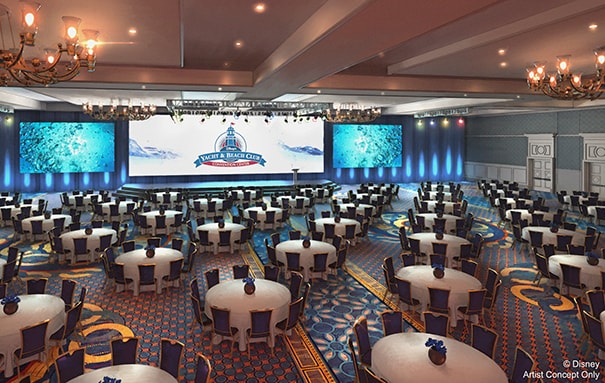 As part of Disney’s commitment to creating exceptional meetings and events, we are providing meeting planners and event organizers with even more resources to deliver on their goals by expanding the convention center and renovating the Guest rooms at Disney’s Yacht and Beach Club Resorts. 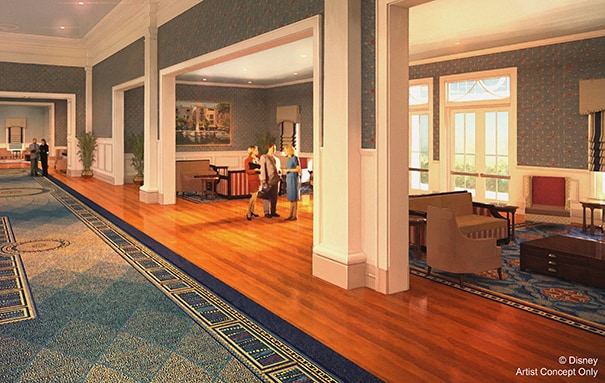 A 28,000-square-foot expansion of the convention center at Disney’s Yacht and Beach Club Resort will bring the total amount of flexible meeting and event space at this popular resort location to 100,000 square feet.

The new convention area will boast a 16,000 square-foot ballroom that can be divided into eight dynamic breakout spaces. The expansion will also include three pre-function areas and two distinct gathering rotundas providing unique networking spaces for attendees to relax and reconnect. There are also many changes coming to Disney’s Yacht Club Resort’s dining options, including The Market at Ale & Compass, a re-imagined lobby lounge, and a new concept for the former Captain’s Grille. The new market offers a small merchandise area and 28 seats for casual dining. The Captain’s Grille will also become Ale & Compass Restaurant, featuring a transformed lobby lounge and a new interior that expands to 58 seats. These are just a few of the many exciting, new enhancements coming to the Disney convention hotels for meeting and event attendees. Stay up-to-date with the latest information on the Disney Meetings website and Disney Meetings Blog.

Tell us – What excites you most about these newly re-imagined Disney convention hotels? Let us know on Facebook, Twitter, or LinkedIn using hashtag #DisneyMeetingsBlog.